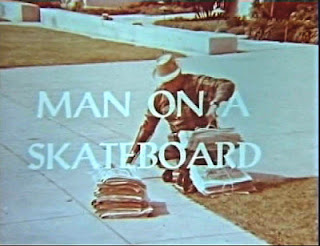 While some Gospel Films of the 1950s-'70s era were shot in 35mm for television -- like Crossroads being a fine example -- many from Family Films and others produced for the church market were shot and distributed as 16mm film rentals. This movement was spurred along by the thousands of 16mm projectors left over from entertaining the troops during World War-II. No longer wanted, the projectors were donated to churches. Religious rental companies sprang up in every major city. This trend continued until the advent of home video in the early 1980s.

Most of the films were not issued on VHS, they were simply put in storage and viewed less and less as the years went by. The messages never dated, but the films were considered "old hat" or not delivering the gospel quite the way that present generations embraced. Exceptions that were issued on VHS and later DVD are color films about the life of Christ like "I Beheld His Glory" and the 12 part "Living Christ" series by Cathedral Films made in 1951. The Loyola Films parables from the Bible were shot in black and white and so did not make the transition.

Many films in Gospel Films Archive are these 16mm film prints once distributed to churches. The producing companies went out of business years ago. There are no known master film negatives. There are only the 16mm prints that GFA and other archives like Wheaton College, Regent University and Notre Dame have acquired. Unless a film was shot on Kodachrome film stock, like the rare print of "This My Son" that GFA has, the color fades in time.

There is hope! Color can be corrected and scratches can be removed utilizing amazing but costly technology! The cost to acquire, transfer from film to digital, restore as needed and reissue each GFA film averages $500. We have a goodly number of worthy films that deserve to be seen again, but we can't issue them until they are restored.

This dilemma gave birth to GFA's "Adopt-A-Film" program. We invite you or your organization to pick a specific film to support. A Sole Sponsorship is $500, or for $250 you can become one of two Co-Sponsors of a restored film. We will send you our Unrestored Films Packages plus copies of other films awaiting reissue for you to choose from. When the film is released on DVD and shown on television, your Sponsorship will be acknowledged onscreen in a special slate at the end of the film.
Here are brief scenes from 6 of these inspirational films that currently await color correction and scratch removal. Please watch the video and read below how you can help GFA get these and many more Christian films back into circulation:

Film restorations are performed by the expert team at Film and Video Transfers, Inc. using enhanced Rank Cintel and Wet Gate technology. Doug and Susan have been serving the restoration needs of Hollywood's classic film industry since the dawn of home video. Here is a sample of their restoration work on one needy GFA film: "Man on a Skate Board."

Further information about the films you can help restore with a donation is at the GFA "Adopt-A-Film" web page. Please share this post with Friends and Family and "like" us on Facebook.
Posted by Ron Hall at 10:34 AM