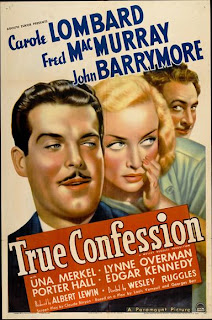 February marks the two-year anniversary of getting the Café Roxy idea. In March of 2009 I met with my web-hoster friend, Andy Lehrfeld, at the Syracuse Cinefest and discussed opening a second website for the idea. I don't know exactly when it went online, but April 27, 2009, was my first blog entry. By that time I had a few programs ready, the free sample disc for anyone to try in their situation and early posters.
I always felt the poster idea was great. I make a poster to advertise each program to my potential customers, and they could use the same poster on their website or printed out to attract their audience. The early posters were crudely designed but I got better as I went along.
Anyway, as I embark on the new venture of "Movie Memories," it's a good time to be honest about the successes and failures of Café Roxy to date.
Café Roxy for Cafés -- BOMB!
To paraphrase the top of this page, the Roxy idea is that any establishment can show public domain movies at anytime. The ones I put into programs are ones that still entertain. I don't expect anyone to sit through Love Affair while eating a sandwich, even though it's an excellent film that is enjoyable watched on TV. So Café Roxy sounds like a good idea. It is a good idea. Everyone says it sounds like a good idea, which is why I leave the blurb at the top of my blog. The trouble is that no one wants to take a chance and try it.
It could be that restaurants and coffee houses are not adventuresome. Of course chains like Starbucks would have no interest and seem to be doing just fine as is. Independent dives would need to set up a viewing area, advertise, buy my shows and, uh... that doesn't sound that hard to do. The result would yield an experience no one else in town is doing and that should get some good press coverage.
More likely the fault is mine in not aggressively seeking out this audience. I explored it locally and found it to be too much work to promote on my own.
Café Roxy for Movie Theaters - Success!
Roxy Matinee programs are being shown in some movie theaters, and I hear constantly from new theaters thinking about trying them out. Many inquiries are from owners who have an old theater that they are refurbishing and want to try movies again as an addition to their live music and comedy shows. They do not want to compete with local theaters by showing the new films. Vintage films for a vintage theater is a better fit.
Festival Films has been in the search engines for years as a source for public domain films, so theaters thinking about showing PD films do find me. I have never done a publicity campaign or press releases for Café Roxy shows because I am also associated with a campaign to bring back "Matinee at the Bijou." The hit PBS series from the early 1980s still has a high name recognition, and will attract a wide audience when it comes back on DVD releases of the original episodes or as a new series in high definition. 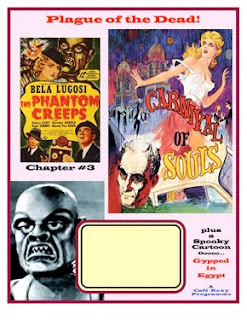 Café Roxy for TV Stations -- Success!
I sell public domain films to independent cable and local access TV stations around the country. I offer all of the most popular PD films and TV shows. I can also offer the Roxy Matinees for the same price and they include cartoons, shorts and serial chapters -- an excellent value!
This past week I got a call from a Dallas TV station wanting horror films. They have a local "Count Dracula" host who wants to get back on the air and seemed excited about the "12 Nights of Horror" that includes "The Phantom Creeps" Serial. They would run it late Saturday night. If their time slot is open ended, the show with a host could run 2 1/2 hours, or if they need to fit into two hours, they could always cut a cartoon. I hope they follow through since the Twin Cities once had such a series hosted by our own "Count Dracula."
The Café Roxy Website -- BOMB!
My naive thinking was that a new website for a new idea would attract new business. The search engines did pick up on the website and if you type "Café Roxy" in... my site comes out on top! Yeah! #One! The problem is obvious -- no one knows about Café Roxy so no one searches for it. It is not a generic term like "Public Domain Films."
I thought perhaps I could make a big success Some Place, that would generate a major news article about vintage film revivals, and that would be syndicated around the country, and that would translate into hits on the website. That didn't happen.
Integration of Café Roxy & Festival Films -- SUCCESS! 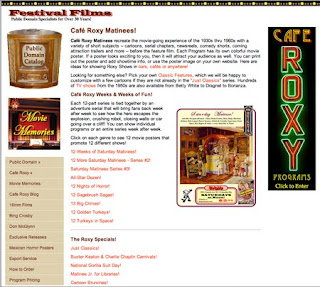 I decided to switch back to one website in late March of 2010. You can see the home page on the left or explore the combined website HERE. My son Jeff who is a computer engineer and designer ran across a website design he thought would work well. (He once said about my old site: "I wouldn't buy anything from a website that looks like this.") Now an icon on the left directs one to a listing of public domain features and TV shows, while an icon on the right links to the Café Roxy Shows. The Movie Memories icon was just added two weeks ago. A selection of links on the left side and bottom appear on every page. I have had much favorable feedback over the ease of navigating the new site.
Fitting all the PD shows into the new format took several months, but I feel the results were well worth it. It now looks professional and fun for any new visitors who happen to drop in.
The Café Roxy Blog -- Big Success!
I don't think I have many regular readers since comments are rarely posted and Youtube videos I put up in connection with some article do not get many views. I never promote the blog other than giving it a link from my website. But it has been a huge success for me personally for these reasons:
I get ideas when I write about them for who knows who out there in cyberspace. I sometimes refer customers to specific blog posts to address questions.
The blog captures the evolution of ideas in time capsules, in case I ever need to prove ownership of an idea. So far no one is copying me that I know of!
Potential customers who find my site for the first time are likely to peek at the blog to check my credibility, and hopefully come away thinking -- This guy seems to know what he is talking about. One of my now-close associates, Jim Salmon, who opens Saturday Matinee website in March, contacted me in December 2009 after seeing my Matinee video promo on Youtube.
Much more on Saturday Matinee when it launches! Next week? Stay tuned.
Visit my website at Festival Films
Posted by Ron Hall at 8:15 AM 1 comment: