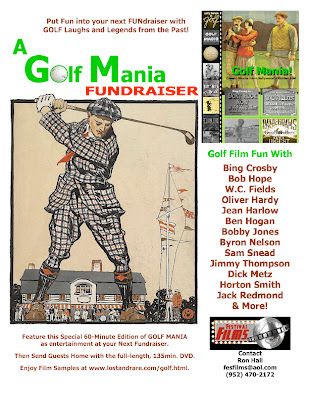 I am writing again about our upcoming Golf Mania release at Lost & Rare because the DVD has been authored and a release date has been set for Sep. 25.  This is well in time to get into online and printed catalogs for film fans -- Movies Unlimited, Alpha, Amazon, etc. -- as well as online golf retailers and golf stores so it can be promoted as "The ideal Christmas gift for the golfer in your life!"  No one golfs on Christmas Day up here in Minnesota, but the whole family can watch Golf Mania with Dad.  Almost everyone knows a golfer they would like to buy a unique holiday gift for that only costs $20 bucks!  Think about it.

The Golf Mania DVD runs about 130 minutes.  We plan to compile the highlights into an hour film that will delight non-golfers as well.  The idea is for fundraisers held at country clubs to show the short film as part of the entertainment activities, then sell or give away the complete film as door prizes.  Ideal for gift baskets at golf tournaments!  The fundraisers could either be for the club or staged by any group, any time and any place.

A last minute enhancement to Golf Mania was a new music and effects track added to the Larry Semon silent comedy GOLF.  Derek Myers added suitable classical music plus dozens of golf hits, putts, gun shots, explosions and other slapstick noises.  The result is a big hit with audiences who now know when to laugh or react and who instinctively feel the 1922 film has been modernized for their enjoyment.  GOLF (1922) features Oliver Hardy as the villain and has not been released in any major collections of Hardy's early comedies.

We are busy searching out other golf films in the public domain or that we can license to include in a projected sequel: Golf Mania 2!  A few clips are in the prevu video below.  Others in hand or on tap include: 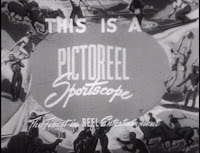 
The six pro golfing Turnesa Brothers cruise to Guatemala where they compete in a friendly family match of 3 oldsters vs. 3 youngsters.  All six drive to start each hole, then continue from spot of the best drive.  Nip and tuck down to the 18th green ... who will win?

Pictoreels were produced by RKO Pathé and issued as sports one-reelers that played in movie theaters like newsreels, except each concentrated on a specific sport like golf, tennis, football and baseball.  They were made for general movie audiences and entertain just as well today to non-sport fans.  Who doesn't enjoy watching a good golf film?  If you have read this far, then you surely are included! 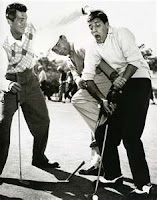 Celebrity Golf with Sam Snead (1960)
Golf legend Sam Snead plays a round of golf with Hollywoods biggest celebrities for prize money going to their charity. Each episode is hosted by Harry Von Zell and filmed at Lakeside Country Club. At the end of each match, Snead gives the celebrity golfer a lesson in the finer points of the game.  The episode we have includes Jerry Lewis.  The Golf Channel revived this series in 2003 by adding pop up factoids to the show and issued six episodes on DVD (now out of print).  However, early checking reveals that the shows may be in the public domain and we are checking further.

All Teed Off (1930)
Hal Roach production starring Charley Chase, Thelma Todd, Dell Henderson, Edgar Kennedy and directed by Edgar Kennedy.  While all of Charley Chase's sound films are still protected by copyright, the extremely rare and longer French version of All Teed Up is in the public domain.  I saw the film once at a Syracuse Cinefest and the French film with subtitles runs a full 30 minutes.  As I recall, the comic golf game proceeds to play all 18 holes in order.  Being able to include the film is not yet definite but was suggested by the world's foremost Hal Roach authority and collector.

Here is a sneak peak at some fun golf clips that are not on display at Lost and Rare Golf Mania! page.  The Little Lulu cartoon is "Cad and Caddy."  The Three Stooges live segment was filmed to appear before and after 1962 cartoons in The New Three Stooges show.  This series is in the public domain, but our use of Stooges film clips in a Goofy Golfer Newsreel might depend on additional rights clearance.


Please contact me if you have any rare golf shorts that were made to be shown in movie theaters.  Visit my websites at Festival Films and Lost & Rare.
Posted by Ron Hall at 9:16 PM