Public Domain Movies for Everyone - Part 2! 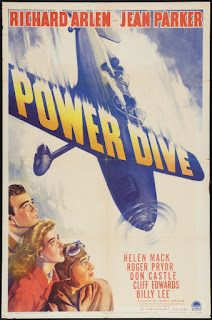 While Festival Films started selling public domain films on 16mm to colleges in 1976, the focus shifted to other sales but then back to public domain movies around 2000.  The big change was caused by the introduction of DVD Video format in 1997.  (It does seem like it has been around a lot longer, doesn't it?)  I had resisted selling VHS dupes of public domain films because every time you copy VHS the picture quality markedly declines, mainly in the focus softening.  This is not the case with DVD -- you can copy and re-copy with minimal loss of quality.

One day my friend, documentary filmmaker Don McGlynn, suggested to me and Bob DeFlores that it might be wise to collect DVDs of every public domain film to have our own stock footage library.  We never acquired a joint library but the idea stuck with me.  I got an early Pioneer brand DVD recorder without a hard drive and transferred some VHS collections that passed through my hands on the way to customers: around 90 Ozzie & Harriet TV shows and 50 Roy Rogers.  I swear the quality sharpened somewhat when they were digitized from VHS to DVD.  I later got a Pioneer recorder with hard drive so I could edit DVD-R discs for re-sale, followed by years of making masters from VHS, DVD, laser discs, 3/4", BetaSP masters, etc., to create a library of features and TV shows.  Many of these are listed for sale at my Festival Films website.

There are still a lot of films to get better quality of.  There are still a lot of public domain films that have been lost or unavailable for years.  It's an ongoing, adventurous and exciting quest to find original 16mm prints and make new transfers.  But back to today's subject ... who buys, uses and enjoys public domain films today?  MOVIE FANS of course!  If the vintage films did not still entertain, enlighten and amaze then Festival Films would not exist.  However, a quick trip through my website reveals that I don't really sell DVDs direct to the public.  I sell public domain films to others who then reach a much broader public.  Here is a brief look at my major customers over the last ten years. 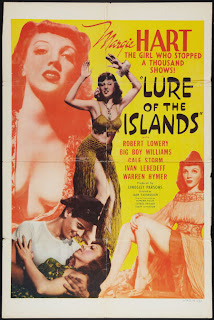 DVD Companies
Around ten years ago I formed an alliance with Hollywood Select Video, a company that had pioneered VHS sales of public domain films in Target, Best Buy and Walmart stores in the late 80s.  So HSV had 1" masters from which they could make 3/4", BetaSP or DVCam masters for other companies.  Acting as a salesman I sold high quality masters (not copies of VHS or other DVDs) to Timeless Video (Medic), Mill Creek (westerns, crime, TV shows for their multi-packs), Genius Entertainment, Alpha Video and others who in turn authored the films and TV shows and issued as their own DVD releases.  Today only Alpha is still actively issuing new public domain films of basically anything they do not already have.  Alpha will shortly release the 1941 airplane film Power Dive and possibly Lure of the Islands (1942) from new film to video transfers from me.

Television
There are lots of independent, college, local cable access, etc., TV stations that could add inexpensive programming that the public has always loved and still does.  How cheap?  On volume sales it comes down to about $5 for a half-hour TV show they can run again and again.  The baby boomers who grew up on 1950s TV are entering retirement, but the shows do not depend on nostalgia to build an audience since they are just as entertaining seen for the first time.

I advise TV stations to run the Café Roxy Matinee series or create Crime Busters, Comedy Cavalcade or Western Range one or two-hour time slots in which they can rotate the many genre TV episodes.  Classic movies have never been more popular as evidenced by the TCM film festivals, but local TV programming is usually free.  Try using a host to introduce the films. 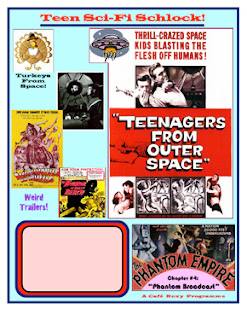 Movie Theaters
At least once a month I hear from someone with this story: "Our small town just got some money to remodel the old opera house/1930s movie theater.  We put in a projection TV system and want to try some of your movies."

My suggestions are to look at the Café Roxy posters with friends and family.  If a show looks exciting from the poster, then it may attract an audience since they can use the poster to promote each show.  Another idea is to involve local restaurants and coffee houses to both display the flyers and offer free admission with any receipt from said places.  Charge $1 or $2 admission, rather than free, and make money off concessions.  The main goal of early shows it to get an audience who has fun and passes the good word along.

Show the Matinees in the fall, not summer when folks are away.  Try late night horror shows on Friday-Saturday after your regular features.  Show Buster Keaton!  He always wows em.  Start a film society series.  Show westerns if you are in the south where they are still popular.  Bad sci-fi like Plan Nine From Outer Space or exploitation like Reefer Madness always draws a crowd.  Here are the top ten reasons to try Roxy program in movie theaters:

Bars and Coffee Houses
Café Roxy was started to convince these places to try free movies.  See my mission statement at top of the blog page.  One idea that has been tested is cartoon brunches.  Movie trailers can run as background images.  Another is silent comedy night where you can run the films silent and patrons may or may not get into, but once they laugh uncontrollably at a single Buster Keaton short they will come back the next Wednesday for more and bring their friends.

The best idea is to create film society evenings, which works well on college campuses.  This involves rounding up a crowd first and then opening it to the public thru flyers.  You certainly need an area or side room fixed up for DVD projection or large screen TV, perhaps a party room often used for birthday parties.  Starbucks will never have the flexibility to try this but independents have an opportunity to stand out and bring back audiences, who by the way eat and drink freely while they watch.

Direct Sales to the Home Market
This is new to me!  The Lost & Rare series aims to sell very rare, previously unavailable films to the public at a low price.  We also sell thru Movies Unlimited, Alpha Video and Amazon.com.  Much more about our first two releases and upcoming DVDs are on the L&R website.

Please browse my original Festival Films site to see which films are in the public domain.