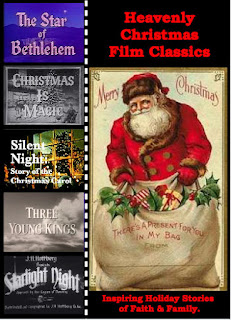 "If you can't sleep, it's not the coffee, it's the bunk."  This award winning slogan in Preston Sturges' Christmas in July is the main joke because it's so terrible.  Worst slogan ever.  The running joke is that no one in the film understands it or likes it except Dick Powell, who thought it up and entered it in a slogan contest.  It's a fun film that I enjoyed again recently on Turner Classic Movies.  Dick wins (or does he?) a radio contest to invent a slogan for coffee.  He splurges the grand prize on presents for his mother, girlfriend and the entire New York tenement neighborhood.  The mayhem of rejoicing when all the kids get presents they never expected -- in July -- explains the title.

I won't explain the slogan, so watch it yourself!

It's the middle of July today and I don't have presents to give out, but planning for Christmas is very much on my mind, as it should be working on two DVDs that are primarily aimed at being Christmas gifts.  The first one is Golf Mania! discussed last week, or just below the way blogs appear online.  Since last week we have begun thinking of the DVD more and more as a holiday present that anyone can buy for the golfer in their lives, or you can buy for yourself if you spot it in a golf catalog or pro shop at your country club.  Consequently we are actively seeking a major golf distributor as a sales partner.  Projected release date for both holiday gifts is very tentatively set for October 2, with publicity going out in mid August so the DVDS can be included in any printed holiday catalogs.

The other Christmas release is currently called Heavenly Christmas Film Classics and the proposed cover is shown above.  This is still a work in progress because we have an excess of rare and wonderful Christmas related films that few have seen.  You can view some film clips and read about a few other possible releases at the Christmas Lost & Rare website, which is also a work in progress.  The page says Coming Soon, which is quite true but exactly what will come in October is still being considered.  The options are 1) The one-DVD release promoted by the sample cover, 2) a two DVD release at a higher price, or 3) two separate DVDs in their own boxes.  If we go with #1, then we will be able to release another Christmas disc in 2013.

A brief note about the effective modus operandi we are falling into...
1)  Assemble the films onto a sample DVD.
2)  Design the DVD box cover.
3)  Put up a "Coming Soon" page at www.lostandrare.com.
4)  Include video clips from the films.
5)  Show the sample DVD in box to others to test reactions.
6)  Set a release date and prepare publicity.
7)  Finally, and with great enthusiasm for the product and expectations for success, have Pete Bedell author the disc.  Authoring is the process of assembling the highest quality films available, adding the Lost and Rare logo and coming attractions and the DVD menu. 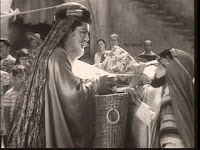 You can read about the films and see prevues now at the Christmas Lost & Rare website.  I will discuss them again when the DVD is released in October, but for today I would like to talk about Three Young Kings.  This 1956 episode of “DuPont Theater” is introduced by Thomas Mitchell.  In an unspecified Latin America country three young boys are chosen by the village priest to carry Christmas gifts to the mission church children dressed in the costumes of the Three Wise Men.  They take a wrong turn on their horses, enter the poor section of town and are followed by ragged children.  One young girl of great faith touches their hearts and they give her a doll paid for by one of the boys' family meant for his sister.  Soon they give all of the presents, which had been paid for by wealthy citizens for their sons and daughters, to the poor children.  This leads to a crisis in conscience in the community over the true meaning of giving.

The gift-giving scene reminds me of the similar scene in Christmas in July.  The simple story of Three Young Kings will move any viewer whether they are religious or not and regardless of church affiliation.  Many celebrate Christmas or the "Holidays" with Christmas trees, feasts and gift giving even if they are not christians.  Giving hope and joy to children transcends any specific beliefs.  Even in July.  Here are some clips to whet your appetite for the conclusion of Three Young Kings:

Visit my websites at lostandrare.com and fesfilms.com.
Posted by Ron Hall at 12:21 PM