Most everyone knows the concept of the TV pilot -- a sample show produced since the dawn of television and still being made today (though the costs have increased a hundred fold). They were shown to networks, to sponsors and to test audiences to determine if they would be successful if turned into a series. Hundreds were made and many went on to become popular TV shows, while others changed drastically. For example, the Dick Van Dyke Show evolved from a sit-com pilot starring Carl Reiner. Some died a quiet death, never hit the airwaves and are beyond "forgotten" into the realm of "never heard of." 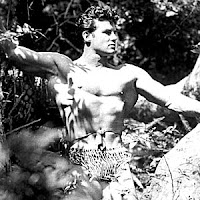 The most unique may be Kimbar of the Jungle (1949) starring muscleman Steve Reeves, since it is the first and only chapter of a planned 13-chapter adventure serial similar to the 1935 serial The New Adventures of Tarzan. Reeves plays a Tarzan clone in his only vine-swinging appearance. The 15 minute episode can be viewed on YouTube.

Unsold TV pilots made before 1964 are often in the public domain. The reasoning must have been, if they are not turned into a series, then what would have been the point of copyrighting and renewing them? The producers may have felt that way since they certainly proceeded to bury their losses and forget as fast as possible. 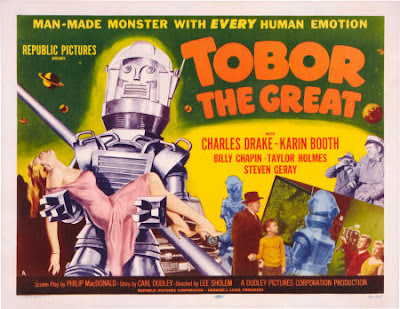 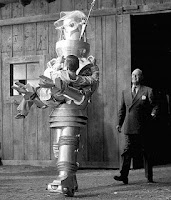 Many more pilots were made in the 1950s and '60s than today since the costs were far less. An intriguing one that many cinephiles want to see (just once!) is Here Comes Tobor from 1956. This is because Tobor is the robot from the 1954 sci-fi featureTobor the Great and the world loves robots!  The plot has America's top secret super robot being sent to investigate a mysterious signal from a missing atomic submarine. Sounds good, but the execution of the pilot was only so-so and the show was not picked up. (Still is from the TV pilot.) 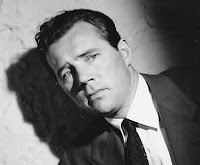 There must be hundreds of lost and obscure TV pilots out there! Recently I learned about a forgotten 1953 pilot called Johnny Nighthawk. Howard Duff is the owner of a one-plane wildcat airline who is hired to pick up a rare antique in San Francisco and fly it back to Los Angeles. The flyboy soon meets a man who dies in his hotel room, a trigger happy sexy dame (film legend Angela Lansbury), underworld hoodlums, the police, murder, and a priceless vase in Chinatown. It aired only once on Ford Television Theater and was titled The Ming Lama. 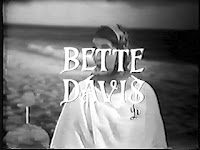 I also recently heard about a 1965 Bette Davis pilot created by Aaron Spelling called The Decorator that  you can also enjoy on YouTube. The inimitable Miss Davis stars as a financially broke interior designer who fails to understand her precarious position. She sleeps to noon and saunters around her house smoking cigarettes as only Davis could smoke them.

The same google search turned up Bette's first TV pilot from 1958, that I also had never heard of, called Paula. Bette had a different idea for her television pilot in 1958. Paula was to be a light comedy/drama about a successful Broadway theatrical agent (herself, of course), her agency and the eccentric clients they take on. The women wouldn't be played for laughs, they would do the playing. Sounds as if this might have been a real winner! Why Bette never attracted a sponsor for TV is a mystery perhaps only Peter falk's Columbo might well have solved.

Other major movie stars also made pilots that were not picked up. The Jane Powell Show, made in 1961, is a good example of a lost pilot the world has never seen or scarcely heard of.  Jane plays a prominent singer and night club entertainer who abandons TV and film offers on a whim to marry a small town college professor and settle down to a campus life.

A very witty script and a lot of familiar Hollywood faces make it a shame this show didn't find a sponsor. The chemistry between Jane Powell and up-and-coming co-star Russell Johnson (the Professor on Gilligan's Island, 1964-67) is engaging.  The concept for this romantic sex comedy just may have been inspired by the success of 1959's Pillow Talk that launched the popular series of Doris Day and Rock Hunter sex comedies. The banter and bickering of the leads and the situations they encounter are similar, Jane even wears the same hair style as Doris  and Russell in many scenes is a dead-ringer for Rock.

After locating rare and lost TV shows and movies for years, I am joining forces with a number of private film collectors around the country to release the worthiest of titles under the Festival Films banner.  The new series is called LOST & RARE: Film and TV Treasures. Volumes 1 and 2 -- "Television Pilots" and "Sports Immortals" -- will be available on May 15th from vendors soon to be announced, or they may be ordered now from www.lostandrare.com.

Meanwhile, please enjoy these sample clips from the "Lost and Rare" pilot episode for The Jane Powell Show.


I am seeking similar unknown film and TV gems of all kinds from private collectors for future releases.  Please contact me if you have any truly rare films that we can share with the world for our mutual benefit!

Visit my website at Festival Films.
Posted by Ron Hall at 6:12 PM