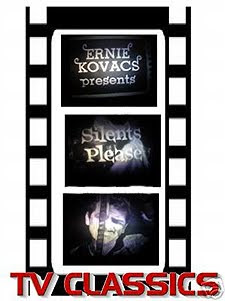 The Oscars are tomorrow and the black-and-white, silent movie "The Artist" may well sweep the awards and even win Best Picture of the year.  I am not rooting for it to win since I haven't seen it yet.  I loved "Hugo" that is about the great pioneer of silent movies, Georges Melies.   Both have caused me to reflect back on my history with the Real Silent Movies made before 1929.  A fascination with them as a teenager truly set my life on the course that has led right up to today.

There were plenty of earlier movie influences on my childhood that made me want to see more. Foremost was being deprived of seeing many films. I have no memory of seeing anything before I was four, which is when the family moved from Texas to Wisconsin. Then I grew up in a small town that had no movie theater, but did have a series of free movies in the park every summer. I saw hardly any horror films before getting my first issue of "Famous Monster of Filmland" around 1961. 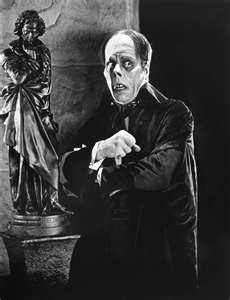 I devoured 1950s TV, saw my first mysteries, serials and cartoons there, Howdy Doody and the Mickey Mouse Club, Crusader Rabbit and later Rocky and Bullwinkle, all the TV western series and on and on. I also had good taste at times and one love was Ernie Kovacs. By coincidence or fate, in addition to his many TV specials, which often featured "silent" routines, Ernie also hosted the 1960-61 series called "Silents Please" that presented cut down versions of silent movies. The introduction and closing segments featured a quick shot of Lon Chaney as "The Phantom of the Opera" that particularly sparked my imagination several years before I was able to actually see the film.  So every week I tuned in Ernie and "Silents," said "Please" and hoped my best to see more of the Phantom.  As it turns out from this episode guide the show never ran "The Phantom of the Opera" even though it was in the public domain!  Ernie sadly died in 1962, and there was only one 39-episode season of "Silents Please."  In Madison about the same time we enjoyed a similar series "The Toy That Grew Up" out of the PBS station in Chicago.  I recall seeing Johnny Hines and Rod LaRoque half-hour abridgements.  Jay Ward's "Fractured Flickers" (1963) gave other tantalizing glimpses of Silents from Stan Laurel cavorting as Dr. Pyckle to the robot in Harry Houdini's "Master Mystery."

In college at University of Wisconsin, Madison (1964-1968) I attended a packed auditorium showing of "When Comedy Was King" in which the entire room convulsed with laughter for 75 minutes.  They also had occasional outdoor silent screenings of Laurel and Hardy shorts with live organ accompaniment. I met Harold Lloyd when he came to the campus testing his compilation film "The Funny Side of Life." It contained most of "The Freshman" (1925) and was a huge hit with the young audience. At the reception was pioneer producer and Wisconsin resident Harry Aitken, now in his mid-90s, who had co-founded Triangle Film Corporation in 1915 with his brother Roy. The most gracious Harold said, "You know, Mr. Aitken, I always wanted to meet you because I started my career working for your company but never got the chance until today."

Somehow I heard about Blackhawk films during this period and traded in some old 8mm cartoons for my first Laurel and Hardy 8mm -- "Leave 'Em Laughing."  This started my hobby as a film collector.  Then the Blackhawk bulletin one day mentioned a tiny publication for collectors called "The 8mm Collector."  Sam Rubin started the paper in 1962 to find silent movies to watch and also other collectors. I must have gotten my first issue in 1967 since I ordered a dozen or more of the early issues.  This led me to...


The Society for Cinephiles, Ltd, was established in 1965 by Tom Seller, an avid reader of The 8mm Collector magazine, and Cinecon 1 was sponsored by Samuel K. Rubin, publisher of The 8mm Collector, in Indiana, Pennsylvania. It was a small affair with only a handful of die hard film fans. They gathered in a small room at the local Holiday Inn and showed each other 8mm silent films from their personal collections. This was 1965 before videos and DVDs, a time when, if you wanted to see your favorite old film, you had to wait until it turned up on TV or else you had to buy a projector and start your own film collection in 8mm or 16mm.
The following year (1966) another cinephile, Clark Wilkinson, hosted the show in Baraboo WI and Cinecon officially became an annual event. For the next several years the Cinecon moved from city to city as a sort of moveable cinematic feast. Today, the fanzine 8mm Collector is known as the respected Classic Images magazine, and since 1990 Cinecon has made its home in the Los Angeles area.

Ironically, in 1966 I was a 20-year-old sophomore in Madison, Wisconsin, and Baraboo was less than an hour drive away.  I could easily have attended Cinecon 2.  I saw a newspaper article after it was over but did not know about the event in advance.  In fact Leonard Maltin flew there as a 17-year-old in high school.  I could also have attended Cinecon 3 in Chicago the next year but was unaware.  I did make it to Cinecon 4 in Hollywood over Labor Day in 1968, but that's a longer story.

Wanting to see as many silent films as possible, then to own them and finally to share them with others led to attending Cinecons from 1968 on, running the Xanadu Film Festival in Minneapolis 1971-1974, meeting my future wife Chris, making friends with film dealers, fans and collectors, and eventually starting Festival Films in 1976.  Meeting Chris, who came to the film society to make audio tapes of Marx Brothers films, stands above all else.  Chris also loved Ernie Kovacs, who perhaps set me on a course that brought us together ten years later.

Here is the opening to "Silents Please" that some of you my age may recall:

Visit my website at Festival Films.
Posted by Ron Hall at 10:54 AM