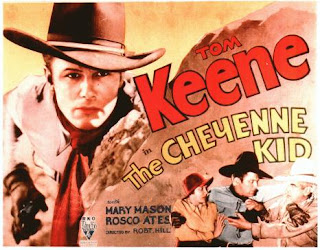 I recently ran across a DVD I had copied off Turner Classic Movies maybe 5 or 10 years ago, who knows? The 1929 MGM silent film with music and effects track is Tide of Empire. This fast-moving, large-scale A-western directed by Alan Dwan is set in the Gold Rush days. Having just scanned through it a few times I can highly recommend it. The ruggedly handsome hero is future cowboy B-star Tom Keene, here billed as George Duryea. So Tom started at the top with MGM but rode off to greener valleys, much like Johnny Mac Brown made love to Greta Garbo in silents until sound revealed his very southern accent and true calling in the West.

The discovery of gold in California in 1848 brings a tide of gold seekers to the area, disrupting the lives of the Guerrero family who have owned nearby Rancho Chico for generations. Among these are Dermod D'Arcy, in partners with a jailer, Bejabbers. At a fiesta where horse races are traditionally run, a stranger notices Dermod's exceptionally fast horse, Pathfinder, and urges him to enter the horse in the race. It becomes a three-horse race, with Don José Guerrero betting his ranch that his horse will win. When Pathfinder wins, Dermod takes the ranch as his share of the winnings and gives it to Don José's daughter, Josephita, with whom he had fallen in love earlier, when he met her. Dermod and Bejabbers leave to search for gold, and the town grows rich as more and more gold is amassed. Meanwhile, a bandit chief, Cannon, met Josephita's brother, Romauldo, and forced him to join the gang. 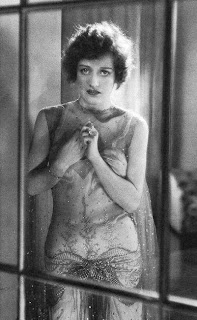 The female star of the surviving silent version is Renée Adorée, the French star of The Big Parade who is quite appealing there and in other late silent MGMs. Sadly she only made 3 more films after Tide before dying of tuberculosis at the age of 35. A curious credit appears on the IMDB that a second version of Tide of Empire was made with the same cast except that Joan Crawford replaced Renée. Is this a lost sound version, a lost Joan Crawford film, or a mistake by IMDB? I wonder because extensive Joan Crawford sites such as this one do not even mention the film. In search of one mystery I found another.

I recall that Robert Osborne said in his introduction that Buster Keaton was rumored to have visited the set with his wife Natalie, and that Buster appeared in the film in a cameo, but no one could quite find him in the film today. 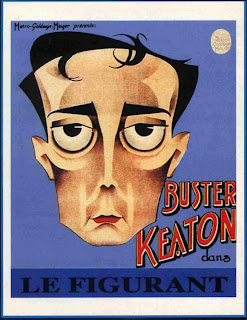 Certainly Keaton would be welcome on any MGM set between his big hits The Cameraman and Spite Marriage. My wife and I took up the challenge and ran through the crowd scenes again and again until we thought we found him. This may have been ten years ago. My clear memory is that we found Buster in heavy disguise (mustache and beaver hat) but right up front in a wedding scene at the end of the film. My intention today was to put this scene on Youtube with a link so Keaton fans could see the lost scene. Much to my surprise today, there is no wedding scene!

Once more, where the heck is Buster? The IMDB lists him as uncredited as a character called "Bump." So I looked and looked and finally found two seconds of bonafide, I swear it's him, Buster Keaton. But look fast in the clip that follows. Right after the frog race is a brief shot of the fiesta party. Keaton's head is directly above Renée's in the top left quarter of the frame. He opens his mouth wide in a Buster expression and in two seconds it cuts to the title "Come Josepheta ... dance for us!" The next short scene before she dances is a continuation of the same shot. It is harder to be certain it is Buster, because the character is laughing. After the dance, I repeat the Buster cameo without the inter-title for a second look. Tune in the next time Tide of Empire is on TCM. I will. I need to make a sharper transfer!

If anyone knows of another Buster glimpse in the film, I'm all ears. Anyway, he was there that day and looks like he had fun! Viva Keaton!


Visit my website at Festival Films
Posted by Ron Hall at 9:37 AM