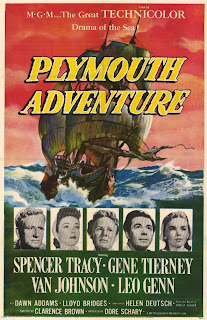 But first lets get the "turkeys" out of the way. We live in Vikings country, the Twin Cities of Minneapolis and St. Paul. Our turkey Viking is the NFL football team. Everyone knows the great warrior (no disrespect intended) Brett Favre should have retired at the top of his game ... last year. When they talk about going to the Super Bowl before the first game is played, you know it's about over. It's over.

Gathered in my home this Thanksgiving were wife, Chris, her brother Scott, her sister Nancy, husband Greg and two teenage sons Nick and Brendan. My son Jeff couldn't make it here from San Francisco. All of us have fun by making relatives sit through, or at least sample, really bad movies. If they are truly boring, I may walk out and go watch a western, which they may consider an equal waste of time. Some half-baked turkeys in our home are Anthony Adverse, Tender is the Night and the seasonal gobbler (wow, a bad movie with a turkey/thanksgiving theme) Plymouth Adventure. 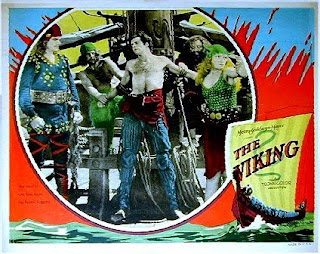 We watched PA last year -- colorful but boring and unconvincing. I hope Spencer Tracy was well paid. Gene Tierney looked like no Pilgrim. Will they make it to the new world??? Yes, they do! So when it was on TCM this week I taped it for the guests. We only got around to running the credits as they were putting on their coats. The mere music sped them out the door. Mission accomplished. 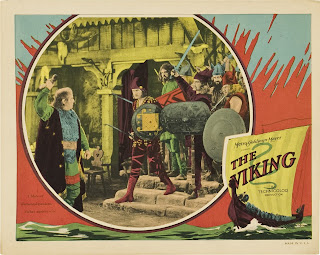 Also on TCM last Sunday was a film we had missed in earlier showings -- The Viking, made in 1928 in full and still stunning two-strip Technicolor. I taped it and watched it on Wednesday night with Scott. After the big turkey dinner the next day, talk turned to the film because of rumors we had descended from Eric the Red or Leif Ericsson, plus a silent all-color film was pretty scarce. A suggestion to show a few minutes turned into re-watching the entire movie with two teenage boys who may have never seen a silent film before. No grumbling, no leaving the room and no fast forwarding. It entertained. I sat in the one big chair without a view of the screen and slept through the first half. After turkey I would have slept through London After Midnight. 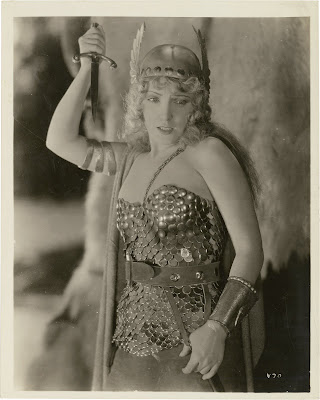 So what the heck is so good or fascinating about The Viking? The blue-red color hues surely give it an ancient look.... Skip that, it's perky, pretty and busty Helga pictured here and played by Pauline Starke. Helga is the only woman on a long ocean voyage to uncharted lands ... some costume, huh?
From the IMDB: "Yes, it's true, an all color silent movie! The title refers to Leif Ericsson, who leaves Norway to search for new lands west of Greenland. On the way he vies for the love of Helga with his companion Egil and Alwin, an English slave. More conflict arises when he stops at the colony of his father (Eric the Red) in Greenland, for Leif has converted to Christianity, which his father hates. He also has to deal with the unrest of his crew, who fear falling off the edge of the Earth."
Director Roy William Neil helmed most of the Basil Rathbone Sherlock Holmes films and Roy knew even in 1928 how to move a film right along. It's loaded with viking sword fight action. The young hero is played by Le Roy Mason, who went on to a long career in B-westerns as the head bad guy vs. John Wayne, Roy, Hoppy, Gene and more. Le Roy is right up there with Roy Barcroft and Douglas Dumbrille. The older hero who plays Leif Ericson is Donald Crisp, silent film director and distinguished actor from The Birth of Nation to his Oscar role in How Green Was My Valley. Pauline Starke appeared in Griffith's Intolerance (1916) and was 27 when she made The Viking. Alas, that's too old for a leading lady in Hollywood and Pauline's zenith was also her farewell to stardom. Here is a nice still of the three stars. Double click to enlarge the photo. They are all good, the many vikings are manly, and the largely true story of the first trip to America is convincing. The Viking was our Thanksgiving desert this year! 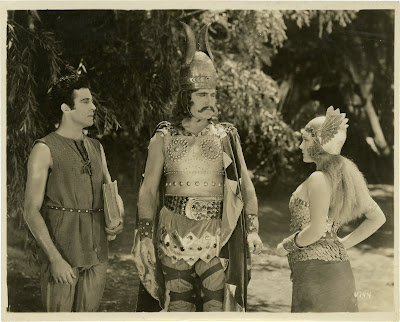 Be sure to catch The Viking the next time it is on TCM. If anyone would like to borrow my DVD (sending a copy would be an FBI violation!), then send me an email to fesfilms@aol.com.

Visit my website at Festival Films
Posted by Ron Hall at 8:23 AM