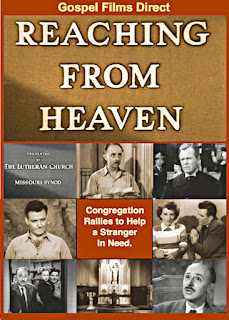 Gospel Films Archive is a growing library of  rare and forgotten Christian films from the 1930s thru the 1970s. They include TV series such as "The Christophers," "This is the Life" and "Crossroads," feature films like "Martin Luther," "Reaching from Heaven" and "The Great Commandment" along with literally hundreds of short films made to be shown in churches and on television to tell stories from the Bible, inspire Missionary work or simply explore the problems of Christians in a modern world. All are professionally produced using Hollywood directors and actors. They hold up extremely well today since the stories are timeless, yet few remember the films or know where to view them today.

Gospel Films Archive is an ongoing project with partners Bob Campbell, Derek Myers and myself, Ron Hall. We owe a great debt to distributor Vision Video for issuing our first 7 DVD releases with a special Children's Collection coming soon. 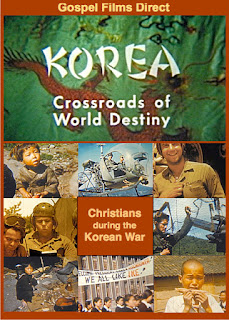 We are dedicated to educating the public about the films such that they want to see them. We continue to explore getting them on religious TV networks where they could be widely enjoyed. We are seeking grants so we can restore and stream them on the Internet or give away DVDs to all interested parties. A long range plan includes a documentary about these "lost" Gospel films that should be fascinating to secular film fans as well as Christians.

Regarding DVD sales, video rental stores are ancient history while Beta machines and Laser Discs are mere whispers. Present viewing trends include free streaming on youtube or subscription streaming on Netflix, Hulu and similar venus, or viewing on Watch TCM, Amazon Prime or HBO-GO. With the exception of TCM, none of these venus stream many vintage films, no matter how good, and especially not religious films that few have ever heard of.

Another delivery method which we hope is the wave of the present and future (because we have jumped in with our clothes on) is ... Ta-Dah!

Anyone with a computer, iPhone, iPad or other device can rent a film for 24 hour viewing at the affordable price of $1.99 or purchase for unlimited viewing for $3.99. The company that hosts our new Gospel Films Direct VOD product line is Christian Cinema, who is currently expanding into Video on Demand in a big way. Christian Cinema sends out weekly emails to 85,000 and has a well visited Facebook page. They will promote our weekly releases far better than we ever could via the GFA Facebook page and website.

Our ambitious plan, which we are well into, is to release 3 new films every week. Here is a preview trailer of the first four  GFD releases: "A Christian in Communist China," "Africa and Schweitzer," "The Gospel Blimp" and a double feature of "This Is The Life" TV episodes. These may be rented or bought from Christian Cinema today: 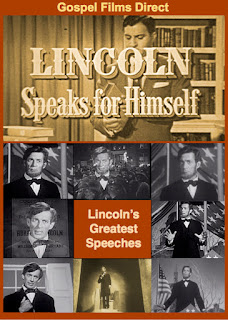 Three more films were released the week of August 10. First is the 1955 Christophers production of "Lincoln Speaks for Himself," introduced by Danny Thomas with closing comments by Father James Keller. Actor Reed Hadley excels with a commanding voice as he delivers speeches from throughout the career of Abraham Lincoln. Stock footage from Lincoln's era plus new staged scenes enhance the high production values. Hadley was familiar to 1950s TV audiences through his lead roles in "Racket Squad" and "Public Defender," while action fans might remember him as Zorro in "Zorro's Fighting Legion" (1939).

"Empty Shoes" (1956, color) is the story of missionary William Carey who was the first englishman to bring the Gospel to India in the late 1700s. The final film in GFD's "Trio #2" is "Charlie Churchman and the Teenage Masquerade" (1967). Charlie is modeled after silent comedian Charlie Chaplin and is full of genuinely funny slapstick. In this episode Charlie volunteers to be youth director for his church and learns of the real problems facing teenagers behind the masks they currently wear.

Here is the preview trailer for those three films:


Click on Gospel Films Direct Videos on Demand and you will see all our releases to date! Once there, click on any poster/film and you can both read about it and view a trailer. 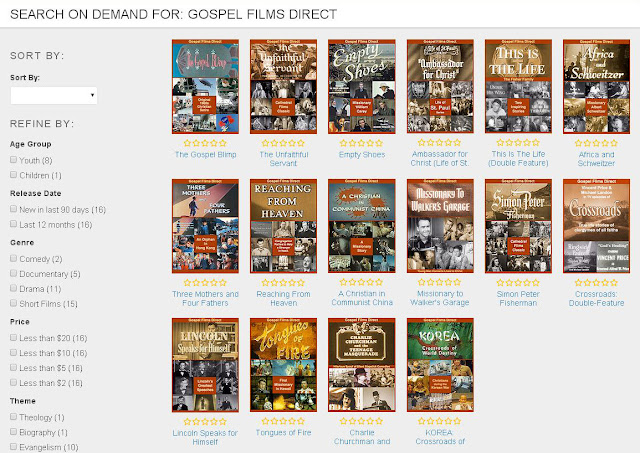 We invite you to browse these relevant and related links: