The first version of this article appeared in the Bijou Blog on May 16, 2008, and the second version in my blog on 9/11/2010.  At that time I re-uploaded the First Buck Rogers film to the Cafe Roxy Youtube channel where it has just been viewed more than 10,000 times.  You can view it below. The film is also included on the free Café Roxy Sampler disc. It is on that DVD last, so that you don't need to show it if your audience is not hip enough to enjoy "campy" fun. 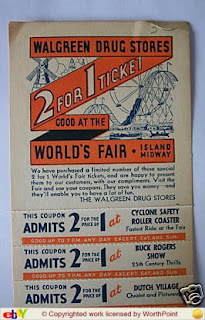 Recent research uncovered these tickets required to see the Buck Rogers "Show."  I had always assumed the movie was shown free since it is so short and amateurish, but one actually had to pay. Since admission for children to get into the entire 1934 Chicago World's Fair was only a quarter, it seems doubtful they would have charged more than a dime for any midway attraction.

You might well ask -- “What the heck is this anyway?” -- either before or after you watch it. One viewer at youtube thought it might be a recently photoshopped in-joke.  While not exactly a Hollywood movie, it is a jaw-dropping curiosity. 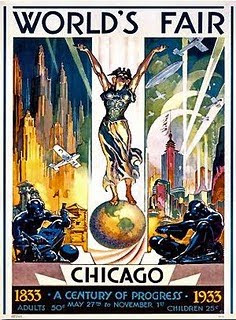 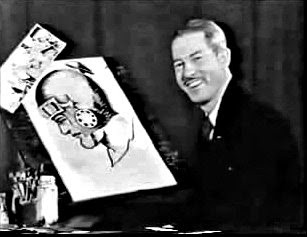 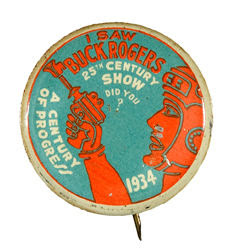 The 1934 film on a zero budget resembles a “home movie” hastily thrown together with lots of spirit but little skill by amateurs. It was in fact produced by the John F. Dille Co. and filmed in the studios of the Action Film Company of Chicago. Dick Calkins appears briefly at his drawing board.

The actor playing Buck is John Dille, Jr., the son of the strip’s owner! While Junior looks the part, his, um acting, um, speaks for itself. The actress playing Wilma Deering was Junior’s girlfriend when the film was being shot. Their onscreen chemistry hints at the length of the relationship. The listless delivery of her last line -- “Oh, Buck, wasn’t that a battle!” -- is priceless. Dr. Huer is played by Harlan Tarbell, a stage magician and illustrator, who also “directed” the film but never directed or acted in any other film. His baldpate make-up positively flops around on his head. The sets and special effects are equally impressive. This camp classic must be seen to be believed, so we won’t give away more of the fun!

A granddaughter of John Dille discovered a 35mm print of this forgotten film in her basement around 1983 and donated it to UCLA, who struck a new print. It was unleashed on the modern world at the 1984 Cinecon convention in San Francisco. The auditorium rocked with laughter. UCLA gave me contact info to the granddaughter, who sent me a VHS copy and I reviewed the film for "Movie Collector's World" in 1984.

The 1935 © notice must have been added for department store showings, since it was definitely first shown at the 1934 World's Fair.  Despite this copyright notice, the film was never registered with the Library of Congress and so is in the public domain for all the world to enjoy.


Then blast off to my website at Festival Films and request the Free Roxy Sampler DVD.