The first step toward making The Edgar Kennedy Show a reality is to find his many fans and rally them to the Facebook Page.  Team Edgar is currently delving into all aspects of social media to spread the word, including emails, posts on movie Facebook pages, contacting bloggers who write about vintage films and seeking links from movie websites.  Once we learn how to reach everyone, a PR Web Press Release will publicize a Kickstarter campaign in August, with production of the first six episodes in the fall.

I have been sending out emails much like the message below, which contains links and advice for helping us find fans who LIKE EDGAR.  Liking him on Facebook is all important! 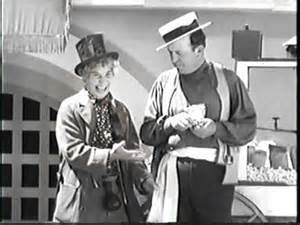 That's all!  Many thanks for helping!  If you don't participate in Facebook, my thanks anyways.  You can find out about the Edgar project by clicking here.

After you have LIKED EDGAR at Facebook, you can help further in two ways:

1)  Post any kind of "Message" about Edgar on the FB page.  This will then appear in the section "Recent posts by others."

2)  Post a link on YOUR OWN Facebook home page to help spread the news to YOUR FB Friends that we might not otherwise reach.  Something simple like "I love Edgar Kennedy and here's a place to watch clips of him every week."  Then type this into your post -- https://www.facebook.com/edgarkennedyshow -- and the link shown here will magically appear.

Edgar Kennedy Restoration Project
After working with Mack Sennett, Chaplin, Laurel and Hardy, Our Gang and the Marx Brothers, Edgar Kennedy became America's first sit-com star and Master of the Slow Burn. Edgar played himself in 103 RKO comedy shorts from 1931 to 1948. In each he is driven to the edge by a zany dysfunctional famil...


"Liking Edgar" and commenting on him and telling your Friends on Facebook will demonstrate the fan support we need to secure financing.  While there, please enjoy Edgar "Clips of the Week."  A new one will be posted every Friday.

In brief, the EKRP aims to find and restore Edgar's RKO Average Man comedy shorts to High Definition.  Each restored short will become an episode of "The Edgar Kennedy Show" and will be introduced by Edgar's biographer Bill Cassara, who will also write and narrate short biographical segments on various aspects of Edgar's Illustrious career.  These Shows will be available for broadcast, DVD sales and online streaming in due course. 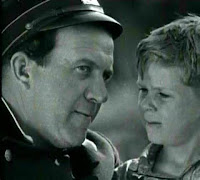 Edgar Kennedy is fondly remembered as an original Keystone Kop who worked with Chaplin, Laurel and Hardy, Our Gang and the Marx Brothers.  Not as well known are his RKO series of 103 shorts from 1931 to 1948 in which he played the Average Man enmeshed in travails with a ditzy wife, harpy mother-in-law and do-nothing brother-in-law.  Edgar was a pioneer for all the TV sitcoms to come.  Lucy even appeared in one in 1936 -- Dummy Ache.  The shorts are still hilarious.  Getting them back before the public in pristine quality will perpetuate Edgar's legacy.

The Edgar Kennedy Show will be produced by Bob Campbell (Matinee at the Bijou) and Ron Hall (that's me, Festival Films) with the full participation of author Bill Cassara, Film Chest CEO Phil Hopkins, film collector Derek Myers, producer Pete Bedell and other members of the original Matinee at the Bijou team.  Go here for further information.

My sincere thanks for any way you can help spread news about the Edgar Project, and especially for Liking Edgar on Facebook today.

Back to our pending plans...

Phase Two will take the Edgar Kennedy Restoration Project public on Kickstarter.  A PR Web press release will spread the word far beyond the Edgar Kennedy fans who will have found us on Facebook and been enjoying the Edgar Clips of the Week.  Kickstarter is a marvelous crowd-funding opportunity where fans can contribute any amount to help the project, or simply root on its success over the month long campaign.  We are optimistic at getting the financial support to fund the first six episodes because Edgar Kennedy truly does have thousands of fans who want to see restored versions of his rare films.

Phase Three will be production of the first six episodes in the fall.  Please check back every week for developments.  If you are not that familiar with Edgar's RKO Average Man series of comedy shorts (1931-1948) here is a Clip of the Week from 1935 -- "Edgar Hamlet":

See you on Facebook at Edgar Kennedy Restoration Project.