Gale Storm - Sweetheart of the B's! 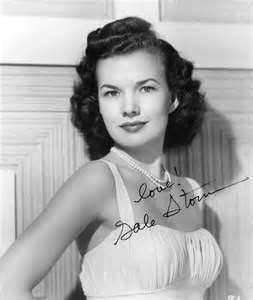 My earliest memories of 1950s TV sitcoms centered around three charismatic women: Lucille Ball in "I Love Lucy" (1951-'57), Joan Davis in "I Married Joan" (1952-'55) and Gale Storm in "My Little Margie" (1952-'55).  While Lucy and Joan played middle aged married women who got into hilarious slapstick jams every week, Gale Storm appeared to be in her early 20s and had a boyfriend.  She always played younger than she was and was actually 30 in 1952.  Young boys didn't think about age, and we probably couldn't quite put our finger on Gale's allure ... cute, sweet, charming, petite, wholesome, available and ... sexy.

Born Josephine Cottle, at 17 she entered a contest on Gateway to Hollywood radio show and won a one-year movie contract with RKO.  She performed with her future husband Lee Bonnell who became known as Terry Belmont.  RKO changed her name to Gale Storm.

Only in the last ten years have I become aware that Gale had a long movie career in the 1940s where she was even cuter and all those other thoughts.  Her first film was Tom Brown's Schooldays (1940) where she plays the daughter of the pastry shop owner where the boys congregate for sweets.  Although 18 at the time Gale was made up like 15.  She gets her first screen kiss on the cheek from the star Jimmy Lydon.  She made approximately 35 films before television, often appearing with leading man Robert Lowery, Mantan Moreland, Frankie Darro and Johnny Downs in B pictures for Monogram, RKO and Republic.  None were classics, except perhaps the charming It Happened on Fifth Avenue (1947) with Charlie Ruggles, Victor Moore and Don DeFore that shows widely every Christmas on TCM. 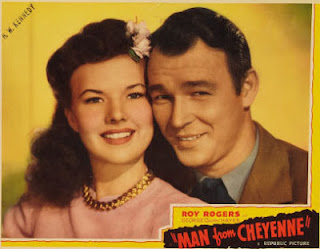 Gale made three memorable westerns with Roy Rogers, although billed in each after Sally Payne.  In Roy's last period western, Jesse James at Bay (1941), Sally and Gale are journalists in search of a story about Jesse.  Her chemistry with Roy leads to no surprise when she rides off with him to get married in the fade out.  In Red River Valley that same year they are already sweethearts as Roy sings to her in the opening scene during a moonlight ride.  Sally Payne plays Gabby's daughter at the newspaper.  Roy's third in a row with Gale was Man From Cheyenne (1942) that features a lot of hugging and kissing.  Gale and Roy hug in an early scene when he does not remember her from the ten year old girl he was raised with.  Then in a home coming scene, he kisses Gale passionately as well as Sally which makes her beau Pat Brady jealous.  Quick, name another film in which Roy kissed anyone!  One can easily imagine Gale becoming Roy's leading lady for years since he did not make a film with Dale Evans until 1944.  One can only guess that Monogram wanted her back. 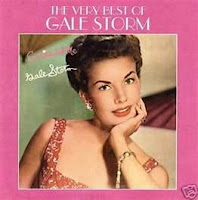 Because she largely worked at the small studios, 13 of Gale's films are in the public domain.  I have most of them except for Rhythm Parade (Monogram, 1942) with Nils T. Grantland (who's that?), Robert Lowery, Margaret Dumont and the Mills Brothers.  It simply seems to be lost since every public domain vendor would love to issue such an attractive item.

Gale sang in many of her films or played a singer, but it wasn't until she was spotted singing on TV in The Colgate Comedy Hour in 1954 that someone thought to offer her a record contract.  Her first record sold over a million copies - a cover version of Smiley Lewis' "I Hear You Knocking."  She only recorded for Dot for two years while headlining in Las Vegas and making live appearances, then gave it up for husband and four children.  Most of her popular hits were covers for other artists.  Her many fans never forgot her!

And now for the entertainment!  Gale filmed Lure of the Islands (1942) in between her last Roy Rogers and only East Side Kids film.  It can best be described as pretty goofy!  Margie Hart's name appears above the title.  Margie was a burlesque stripper in New York who made just one film, this one!  Her looks and bronx accent are so strong that the film explains her being a South Sea maiden because her father was from the states.  Her pal is Gale Storm, also a native but fooling no one, so her non-ethnic presence is explained by Margie as "my cousin."  While Margie pairs up with Robert Lowery, Gale is stuck with that romantic hunk Guinn 'Big Boy' Williams.  It was unusual to find such a mint print of any Monogram Picture.  This may be the only one I have ever seen that has exit music over black after The End credits, so I included it in this brief excerpt of Gale Storm (age 20) dancing the hulu and singing her heart out at the request of Big Boy.  There is also a glimpse of Margie Hart.


Visit my websites at Festival Films and Lost and Rare.
Posted by Ron Hall at 1:08 PM