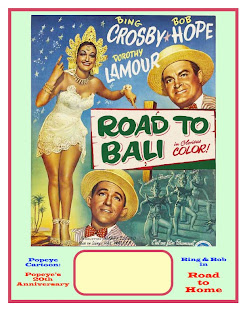 I first wrote about this in my March 12 Blog. I am one of the "Petitioners" in a copyright case that will be decided by the Supreme Court in October. Stanford Law School has overseen and financed the case that has been ongoing about ten years now! It's been a long and colorful "Road" to the end.  (Note the "Road to Bali" poster you can use to promote any showing of the film, and it comes with a cartoon and rare Navy short as well, all with Bing and Bob!)

Stanford filed their final brief in mid-June. You can read the Stanford brief RIGHT HERE!

The EFF filed a similar and supporting brief with the Supreme Court around the same time.  Stanford is not alone in this very important constitutional matter!


JUNE 21ST, 2011
EFF Urges Supreme Court to Block Law That Erodes Public Domain
Law Hurts Libraries, Artists, and First Amendment Rights
San Francisco - The Electronic Frontier Foundation (EFF) asked the U.S. Supreme Court to block a federal law that erodes the public domain and hurts libraries, artists, and others who want to exercise their First Amendment right to share and receive information in an amicus brief filed today on behalf a coalition of libraries and other digital repositories.
The law in question is Section 514 of the Uruguay Round Agreements Act, which takes potentially millions of works by foreign authors that were previously in the public domain and puts them back under copyright protection. Works affected by this law include Sergei Prokofiev's Peter and the Wolf, music by Stravinski, paintings by Picasso and drawings by M.C. Escher, and writings by George Orwell and J.R.R. Tolkien -- material that has been used and performed countless times. Now that the works are back under copyright protection, use of the works may require paying hefty license fees.
In the amicus brief, EFF argues that this law creates dangerous uncertainty about copyright policy, posing a significant threat to libraries, digital repositories, and others that promote access to knowledge.
"Libraries and digital repositories are using new technologies to make our cultural commons more accessible than ever, but they need a robust and stable public domain to be able to do that crucial work," said EFF Staff Attorney Julie Samuels. "Section 514 has up-ended a basic tenet of copyright law: once a work enters the public domain, it stays in the public domain." 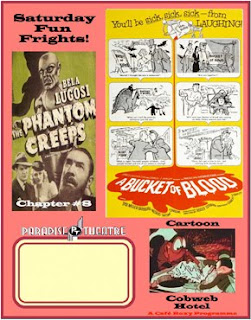 "The public domain helps make sure the copyright monopoly serves its purpose: to promote the progress of science and the useful arts," said EFF Intellectual Property Director Corynne McSherry. "Congress should not have put a small potential benefit to some authors ahead of the public interest."

EFF represents the Internet Archive and the University of Michigan Dean of Libraries. Joining the brief are the Wikimedia Foundation, the American Library Association, the Association of College and Research Libraries, and the Association of Research Libraries.
For the full amicus brief:
https://www.eff.org/files/filenode/golan_v_holder/236590_Brief.pdf
For more on this case:
https://www.eff.org/cases/golan-v-holder
Contacts:
Corynne McSherry
Intellectual Property Director


Visit my website at Festival Films
Posted by Ron Hall at 11:12 AM