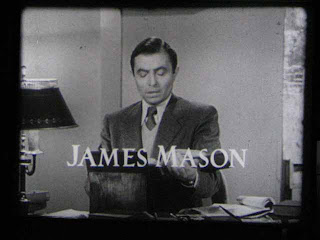 There are many odd films out there that you never heard of or completely forgot about starring famous people -- public service films, commercials, industrial shorts, cameos on 1950s TV before they were famous, etc.  It's always fun running across these.

A few examples I have seen recently: "Driver's of Tomorrow" is a late 1940s Jam Handy short narrated by Jimmy Stewart about a driver's ed program for grade school kids that uses miniature electric cars we all would have died to have.  A Harpo Marx commercial for Pepsi that runs a minute and a half.  He chases a girl offscreen only to return lusting for the bottle opener she had.  A spooky Boris Karloff TV ad for Ronson lighters.  "Your Hit Parade" from the early 1940s shot as a commercial for Lucky Strike but featuring Frank Sinatra singing "Stardust" and a number by Kay Kyser.  George Reeves as Clark Kent selling Kellog's cereal.

A friend and associate recently acquired a fascinating film that I had never heard of.  It is not listed at the IMDB, yet it was produced, directed by and features the one and only James Mason.  "Star of Bethlehem" relates the birth of Christ from scriptures.  It must have circulated widely to churches since there was a network of such religious films from the silent era up until home video in the 1980s.  Many such as the "Christophers" shows were intentionally put into the public domain.  There is a 1954 copyright on this film by "Portland Productions," but it does not seem to have been registered.  The 16mm print acquired has several sections that say "Sponsor Message," leading one to assume it was shown on television. 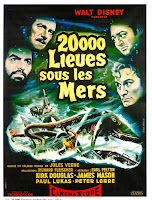 The film was made in 1954, which is rather astounding since James Mason was at his peak as a Hollywood star appearing in A Star is Born, 20,000 Leagues Under the Sea and also Prince Valiant that year.  He made no films in 1955, but in 1956 he made the rarely seen or even heard of "James Mason Show" on TV.  I'd like to find a biography on Mr. Mason to understand this period of his career, because he went on to make dozens of other fine films like North by Northwest.

The film is obviously a labor of love, a family affair and an expression of Mason's Christian faith.  It opens with James reading from a Bible the events that lead up to the Nativity.  The lengthy reading is mesmerizing because of his deep, melodious voice.  When the scripture calls for Mary to speak, his wife, British actress Pamela Mason, joins him to read that section.

The film then cuts to the bedroom where their six-year-old daughter Portland Mason, who was named after the wife of Fred Allen (!), is singing "Away in a Manger."  Portland turns in a credible performance exuding natural innocence.  James joins her and they talk about a bright star in the sky that might be the Star of Bethlehem.  The Nativity scene with shepherds, wise men and a chorus of angels is then acted out by a cast of very young children ages 5 to 10 or so, with Portland playing Mary.  You won't believe which future child star plays the part of Joseph, but you can watch a four minute clip for yourself right here that includes the closing credits:


The complete film runs 30 minutes.  I wonder if Turner Classic Movies might like to show this unique film at Christmas time?  TCM certainly loves James Mason, as well they should, and it never hurts to present a Christian story at Christmas time.  You don't see overtly religious stories much anymore on TV, but host Robert Osborne could present the film in context.  Any fan of James Mason would be grateful to see another aspect of him regardless of their religious convictions.

Visit my website www.fesfilms.com.
Posted by Ron Hall at 10:58 PM