Ideas to Build a Scheme On! 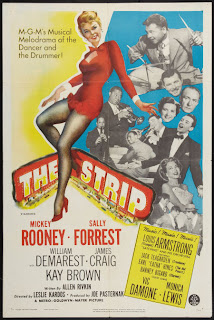 My topic title derives from the great Louis Armstrong standard "A Kiss to Build a Dream On," which he sings in the Mickey Rooney film The Strip, that I enjoyed on TCM last month. The song, according to the film, was written by the character played by William Demarest. This tidbit of Hollywood lore may be the only thing of interest in today's ranting, which is as dry as The Road to Morocco's desert (tonight on TCM).
I should really write about the wonderful job Turner Classic Movies performs year after year for film fans everywhere. The Star of the Month for January is a producer for the first time -- Hal Roach -- and TCM already ran ten or so hours of silent Our Gang comedies, most of which I had not seen. The weeks ahead promise rare Charlie Chase, Thelma Todd, Harry Langdon and the Taxi Boys. If you haven't enjoyed Ben Blue and the Taxi Boys to date, don't feel left out. No one has ever enjoyed them.
I digress. Quite a few people have come to me over the years looking for public domain films. Ah, the glamour and thrill of it all! If they are a small TV station, a movie theater, an internet site looking to add free movies for viewing, a film society or any bar/restaurant venue that wants to add films, then my Festival Films website can guide them to public domain films, programs and hints for using them.
However, some don't have a specific use and aren't quite sure what to do. They just like the idea of movies you don't have to pay for and can do almost anything you want with. I first ask: "Who are you planning to sell to?" and "How do you plan to reach them?" Line up a few customers before you invest in masters. Have a business plan. Talk it over with friends and family first.
I have been pondering my own additional advice the last two weeks in order to add a web page of ideas. Here are some general principles to consider if you want to make money with public domain films. 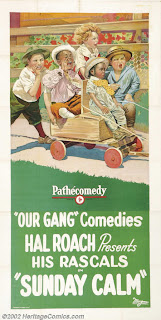 #1 Don’t copy others.
Forget retail and internet sales of single PD titles, 2-paks or 10 westerns for $10. Companies like Alpha, Mill Creek, Movies Unlimited and Timeless have cornered this market for years.
If you want to try retail, then develop new concepts with a catchy name like “Sex, Drugs & Rock ‘n Roll” or “Prehistoric Television.”
#2 Find a New Audience.
Sell PD films where they are not now being sold. Target a specific audience and advertise where they buy non-film stuff related to their hobby. Find a printed mail order catalog (of anything) that is not already selling DVDs, then get them to carry popular PD films like Lucy, Beverly Hillbillies, WW-II documentaries. Sew up these deal before investing in DVD masters, packaging or advertising. Here are some specific ideas:
>> Sell war films to WW-2 veterans. A great idea 25 years ago when it was tried to death. You can't do it now because too many vets have passed on, but I just saw a TV ad for "Dogfights of World War II" so war interest remains.
>> I sold exclusive Bing Crosby films to Crosby fans for years through their magazines. This business has died back due to using up all of Bing's PD films and few new fans surfacing.
>> Market Black heritage films to schools that teach black history.
>> Create a “Legends of Golf” video to sell only in golf course golf shops or in golfing magazines.
>> Sell westerns in tack stores that cater to horse owners.
>> Create a baseball video to sell in Baseball Hall of Fame or thru sports venues.
>> Create a Circus DVD to sell at circus museums in Baraboo, Wis., and Sarasota, FL.
>> Sell Jazz films to colleges with music studies.
>> Religious Book Stores. Sell “Crossroads” TV shows labeled as “Stories of Faith.”
To be a success selling special videos to target audiences, it helps to be inside that specific hobby world and to have experience selling to colleges and to golf, tack, religious, etc., shops.
3) Create a New Product made from Public Domain Films. 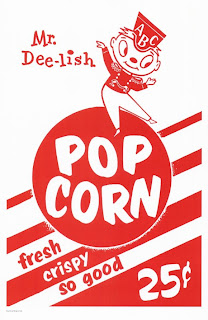 Think outside the box. Create a new product that you can copyright and own. Some ideas:
Make documentaries. Even today simple documentaries could be made on JohnWayne, Gary Cooper or Cary Grant, using trailers from their major movies plus public domain film clips from their few PD movies. Naturally you should find a buyer before making your film!
Create DVDs to be given away free as premiums inside another product, like sports clips inside a Wheaties box. I considered pitching this to Act-II Popcorn to give away inside boxes of microwave popcorn. They could give free discs of "An Old-Fashioned Christmas," "Color Cartoon Festival" or "Saturday Matinee Memories."
Saturday Matinees for movie theaters or TV stations. I do this now at Café Roxy and have been working to bring back the hit PBS series from the 1980s -- Matinee at the Bijou -- on a national platform.
Sell movie trailer discs to sports bars to run when no live sports are on. While I offer these, I have not actively pursued sports bars. Someone who already sells them large-screen TVs might have some luck.
Produce TV series with a name host who introduces PD features, shorts, TV, etc. I recently became aware there is such a series of PD horror films hosted by the ever-popular (at least you've heard her name) -- Elvira. Go check out Elvira's Movie Macabre to see if it plays in your area and for this week's show.
Dub PD films into Spanish. Find where and how to sell them first!!!
Add comment track to films based on books, then sell to a book company to include with sales of the same book.
*****
I have been pondering these and similar ideas for my own future projects, and it worked! I did come up with some new ideas to develop. Exactly what, I'm keeping to myself, but the thought process might work for you.
New product for a new audience = new business venture.

Visit my website at Festival Films
Posted by Ron Hall at 7:48 AM