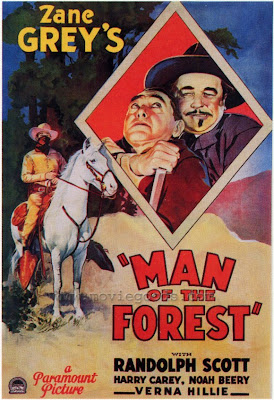 I continue to be fascinated by films I saw in early childhood that thrilled, scared or amused me, that I forgot while growing up, only to re-discover years later... and still like! Films such as serials, Van Beuren cartoons, spooky mysteries with hidden panels and masked villains. I am still trying to identify and see a jungle film that I probably mis-remember. Buster Crabbe, I'm pretty sure though maybe not, plays a wild man like Tarzan. The safari brings the heroine into his life. At the climax on a mountain top the ape man needs to fight and kill his pet gorilla to save the girl. It's not Nabonga or White Pongo or Jungle Siren or King of the Jungle. It is ... some film I remember from my youth. Digression done.

In the first year that my family had a TV set, around 1953-54, there was no daily programming until 5pm when Howdy Doody came on. There was Saturday programming all day in the Madison-Milwaukee (Wisconsin) viewing area. I vividly recall a period when Saturday morning and afternoon on several channels was filled with non-stop B-westerns and serials. I especially liked westerns with hooded villains and secret panels, and also saw most of the Three Mesquiteers westerns, lots of Bob Steele, Tom Tyler, Ken Maynard, Alan Lane and the rest from PRC, Monogram, and on and on. No Hopalong Cassidys, or else they left little impression. I'm not even sure about Roy Rogers and Gene Autrys in that period, other than it must have been when I first saw "Phantom Empire" serial. I remember spotting Roy Barcroft in almost everything, which would be a tip-off that I saw a lot of Roy Rogers.

Like comic books and Boy Scouts, I put B-westerns behind me from my early teens until fairly recently. They were not that easy to see on TV until the Western Channel came along. About 5 years ago I noticed they showed a new B-western every day and I started watching and taping them. Lots of Charles Starrett Durango Kid westerns from Columbia that I had never seen before, maybe never heard of before. (It's still hard to see Tim Holt westerns!) After a little over a year the Western Channel went into re-runs and I don't think ever got a new batch of B-westerns. I have all the Gene Autrys and before the Encore logo appeared in every frame, so that's something.

DVD releases of obscure westerns are running wild. Most are public domain releases from Alpha Video or Mill Creek Entertainment with four 50-packs of Bs, which they even compiled into a 250 western super pack. I have this but it takes awhile to watch that many films. 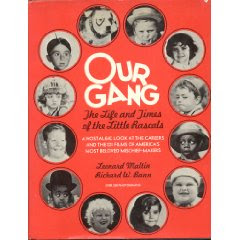 Last night I watched Man of the Forest, a really interesting film from the pen of Zane Grey and released by Paramount in 1933. The battered source material had numerous jump cuts, poor contrast in some scenes and weak focus, which is why I had put off watching for some years. Excellent setting up in the mountains with tall trees, but the main interest is in the cast of western greats. Randolph Scott stars vs. baddie Noah Beery. Harry Carey, a leading western star from 1917 through the 1930s, plays a minor role as does future hero Buster Crabbe and sidekick Guinn Williams, who is actually called "Big Boy" in the film. Scott has a family of mountain lions as pets, male, female and three cubs, that play a part in the story. Anyone have a mint 16mm print?

Some of my film friends did not cast off their first film loves and return like I did. Our Gang and Laurel and Hardy expert and author, Richard W. Bann, lived the 1950s western craze on TV, collected original prints of B-westerns all his life, still attends western film convention at Lone Pine and still dresses as Hoppy for halloween. I wish I could join Dick some year in a horseback ride past those fabulous rocks that were filmed so often in the golden age of Oaters and discuss who hid behind or jumped off which rock in such and such picture. 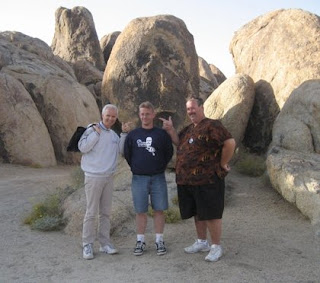 Then go home and watch the films.

Thanks to Facebook, I just found a picture of Dick and some rocks. He captions it: "In this photo: Richard W. Bann, Brad Farrell, Bob Satterfield. Richard W. Bann Shot late in the day in Lone Ranger Canyon out in the Alabama Hills near Lone Pine. The location got its name from the ambush scene in the 1938 Republic serial, THE LONE RANGER. May 25, 2009."

This true fan lives out his dreams and has as much fun with it as when he was 8 years old.