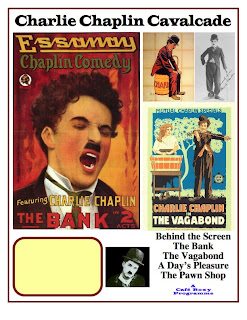 25 years ago I knew a company that sold public domain feature films to TV stations on 3/4" video at $500 apiece. Nice work if you can get it! His library was on 1" video, which is a large reel-to-reel format, and he transferred to 3/4" to fill orders. I made a few volume sales to TV on 16mm at slightly lower prices. They had to make the video transfers themselves, but archived the films in case they were needed later. I sold the best available 16mm prints, but the contrast, sound and focus varied a great deal and some prints had occasional scratches. Since the 3/4" masters were made from 16mm, they had the same inconsistencies.

3/4" video format is a relic. I still have some 3/4" masters that will someday be tossed without testing if they still run. I gave my 3/4" machine to a video lab I use since theirs had broken. I doubt they use it anymore and I have not had cause to borrow it back. 1" held up better over the years, although most labs have now converted to a digital format like DVCam or computer hard drive storage. 3/4" gave way to Beta-SP as a high quality format for delivering to companies like Alpha Video that in turn author and issue the films on DVD. Beta-SP sales to TV are still possible, and their quality can be excellent, but TV budgets no longer consider it.

Today I sell public domain films to local, public access and college TV stations on DVD-R. After years of restoration, most of the films look a lot better than the old 3/4" tapes. Prices start at $30 for a feature film or four half-hour TV shows, then go DOWN with volume sales. (This is the same pricing as Café Roxy programs, except for $25 you get a feature, TV episode, cartoon and serial chapter! Wow! What a deal! End of ad.) 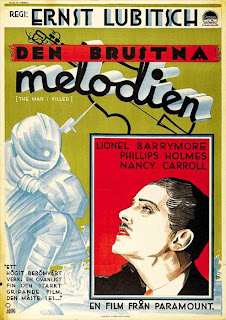 16mm film labs have almost vanished. I sold new prints of the Blackhawk Films collection of Laurel and Hardy, Our Gang, etc., for many years until the lab closed down in early 2008. 16mm original prints can be quite valuable today. If the movie is in the public domain, then film prints can be used to make new High Definition video transfers. If a film is copyrighted, like most are, then it may be rare. I recently sold an original print from one collector to another of Ernst Lubitsch's BROKEN LULLABY (1932). It was advertised to me as the only known 16mm print, and it may well be. Hopefully Universal is preserving it in their vault with other early Paramount talkies, but I've sure never seen it on TCM or video or any other film list.

And now for something interesting, one hopes.

I recently acquired a 16mm film rental catalog from the late 1940s from "International Theatrical and Television Corp." I never heard of them before and have not found anyone else who has, but IT&T obviously supplied the home market with vintage films for years before Blackhawk Films, Films Inc., Swank Films and others. IT&T had ten branches around the country and rented feature films for $17.50 to schools, churches, homes, etc. B-westerns with shorts added to make 90 minute shows were $10.00, and two-reel comedies were only $3.00. They list 60 Laurel and Hardy shorts that were circulated as rental prints all over the country for years. The prints must have come direct from Hal Roach Studios, who were still active in film production at the time. 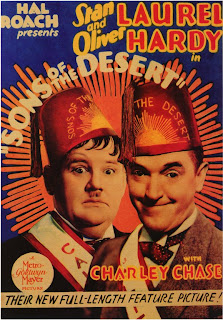 Now there are many Laurel and Hardy fans around the world, who are kept together through the Sons of the Desert local tents and conventions. I have attended the Twin Cities Blockheads tent for years. I bought the catalog at Blockheads from another Blockhead. After awhile I noticed that among the 60 Laurel and Hardy shorts in the catalog were listed the two lost films that no one has seen in years -- HATS OFF and BATTLE OF THE CENTURY. Both are silent, but much in demand because we can't see them anymore! Portions of Battle of the Century survive, including the famous pie fight. Richard W. Bann is a Laurel and Hardy researcher who has worked for Blackhawk Films, for Hal Roach until his death, for Richard Feiner who owns some L&H rights and for the German company that owns European rights. Mr. Bann has never found or seen HATS OFF. Yet there it was in plain site, for years, for anyone interested to rent and enjoy.

I ran my discovery past archivist David Shepard, who has owned the Blackhawk Films Collection for years. David affirmed that it is not only possible that a 16mm print of HATS OFF is indeed out there somewhere (although all copies in the Roach archives were lost), but that a print of HATS OFF was supposedly sold on ebay some years ago.